Do you support local Aussie farmers? Is it a concern for you to buy local produce? Australians take great pride in Australian produce, often considering it to be undeniably the best there is to offer. Seafood, farming, fruits and vegetables, we’ve got it all. You might be surprised to know that not all countries are capable of farming enough food to support their population. In 2008, various imported food scandals raised concerns amongst Japanese citizens who cited that only 40% of consumed food was produced locally, based on a calorific intake basis. As an answer to this, Japan’s Ministry of Agriculture, Forestry and Fishing set up Food Action Nippon.

Picture: are you familiar with this logo?

The campaign aimed to increase production rates simply by encouraging Japanese citizens to buy and eat locally produced food. The Food Action Nippon logo was put onto packaged foods, just like how we have the kangaroo logo on Australian produced goods (although our logo isn’t limited to just food products). There are 5 actions that the organisations says people can take to support Japanese produce;

They also have an annual award which recognises organisations that contribute to improve the self-sustainability of Japanese produce. The awards are based on mono (tangible object), koto (intangible thing), and technique. In 2015 it was awarded to JAS organic kurobuta pig farm (Japanese text).

In 2011, the Fukushima nuclear disaster occurred, but Food Action Nippon encouraged Japanese citizens to buy from disaster affected areas to show support to the people living there, calling it ‘support through eating’.  In 2012, Prime Minister Abe was re-elected in December and proposed a reform in Japan called ‘Abenomics’. One of the things Prime Minister Abe wished to achieve was to double agricultural and food exports by the year 2020. In 2013, UNESCO listed washoku as an intangible cultural world heritage.

Video: Koku-san is a mascot who promotes domestic products. His name is a pun, “kokusan” means “domestic”, and of course we all know the -san for after a name.

Food Action Nippon have a Youtube channel where they post short clips on how to use different Japanese produce. Koku-san is featured in many of the videos, and he also has his own interactive website. You can find an interactive, seasonal map of Japan that shows you what prefectures farm what foods!

While ‘Abenomics’ is controversial and the agricultural reform hasn’t been too successful, the continuous focus on farming in Japan looks pretty promising for Food Action Nippon’s purpose. However, The Japan Times reported in August of 2015 that the self sufficiency ratio of Japan was only 39%. To put this into perspective, Australia’s ratio was 205% in 2011. Major factors in Japan’s inability to raise its ratio include an increasingly Westernised diet, and a drop in rice consumption.

Here at Washoku Lovers, our aim is to spread Japanese food culture, so we encourage you all to buy Japanese produce. Even Japanese snacks help the Japanese farmers – take these nori (seaweed) flavoured potato chips for example! The potatoes were grown in Hokkaido. If you prefer going to vending machines for drinks, next time you’re in Japan have a look for Toreta, it’s made from locally grown fruits and vegetables and is good for you! 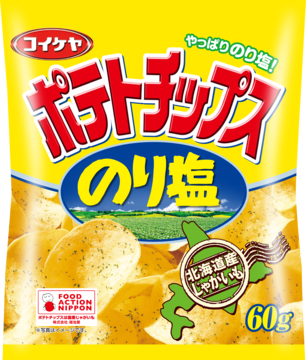 Would you be interested in supporting Food Action Nippon? Let us know in the comments. We hope the ratio can be raised in 2016! ファイト！