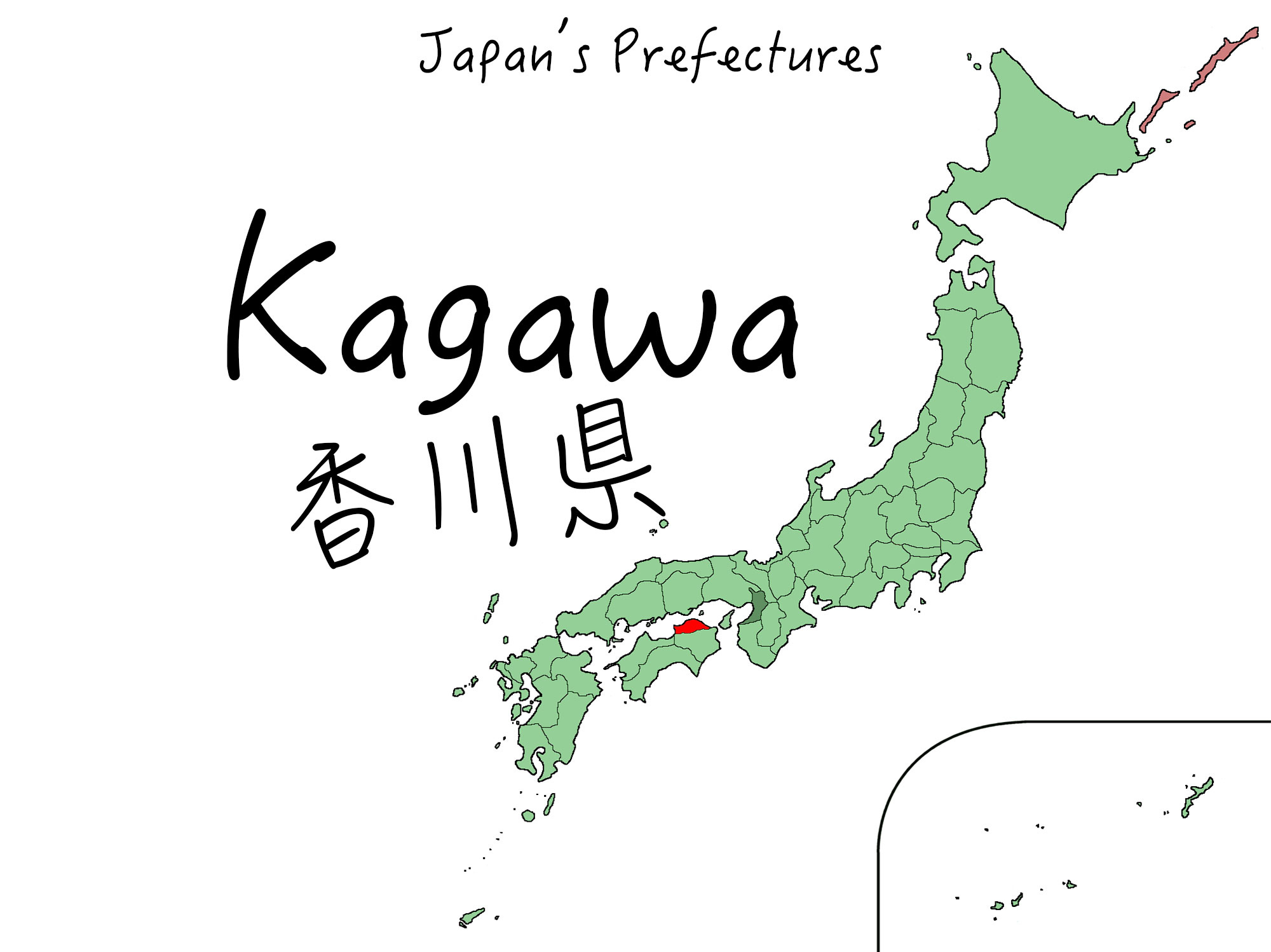 Kagawa Prefecture is located on Shikoku Island, near the main island Honshu. Kagawa is actually the smallest prefecture in all of Japan, but it packs a big punch in terms of things to do. Bordered by the Seto Inland Sea and the Sanuki mountains, Kagawa has a variety of sceneries to enjoy. If you like being outdoors you’ll love Kagawa Prefecture! If you’re more culturally inclined, there’s the Kanamaruza Kabuki Theatre, Marugame and Takamatsu Castles, an art island called Naoshima, and a number of temples which are part of the Shikoku Pilgrimage track. 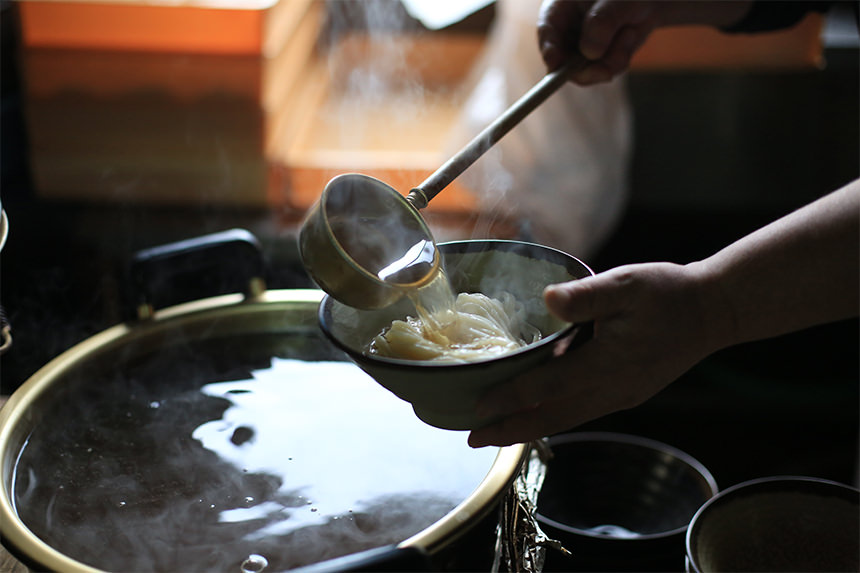 Before it was called “Kagawa Prefecture” the area was referred to as “Sanuki”. A local food has always been a variety of udon that came to be known as sanuki udon. You can get this type of udon all over Japan, but it’s extra special in its hometown. The broth is made from dried sardines and is super delicious and warming.

There are over 800 udon shops, there’s even an udon taxi, and people take udon tours around Kagawa. It’s sometimes called the Udon Prefecture. If you’re a fan of udon, this is now your second home. Yakitori is used to refer to foods that are cooked on a stick and served in a Japanese bar or izakaya but not every food under this category is on a stick. Some, like this dish, are on a bone. The specific variety of seasoned chicken thigh cooked on the bone is known as hone tuski dori and it originated in Marugame city.

Since it’s a simple to prepare dish, you can get this all over Japan in most bars that serve yakitori but just like the udon, it’s more special to eat it in the city that developed the recipe. Interested in learning the recipe for yourself? Check out Nakano Udon School.

Kagawa Prefecture was the first place in Japan to successfully cultivate olives. It’s now a huge producer of olives and olive related products. This includes the obvious olive oil and the less obvious olive chocolate?! 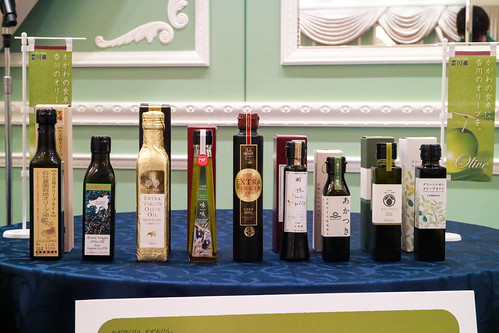 The leftover product from making oil is fed to local breeds of yellowtail, cattle and pork. These animals are then prized for their meat, which thanks to the olive diet doesn’t oxidise very quickly.

Wasanbon is Japanese finely milled sugar, and it’s the key to making Japanese sweets. The quality and properties of this sugar is why Japanese sweets made outside Japan just don’t seem quite right. Kagawa Prefecture is a major producer of Japanese sugar (along with other things like wheat) meaning locally produced sweets are top notch.

This is pretty much like a giant takoyaki! The filling of regular takoyaki (octopus and some vegetables) is cooked before being placed inside imagawa-yaki pan (used to make red bean cakes) with batter to make a mini cake shaped takoyaki. 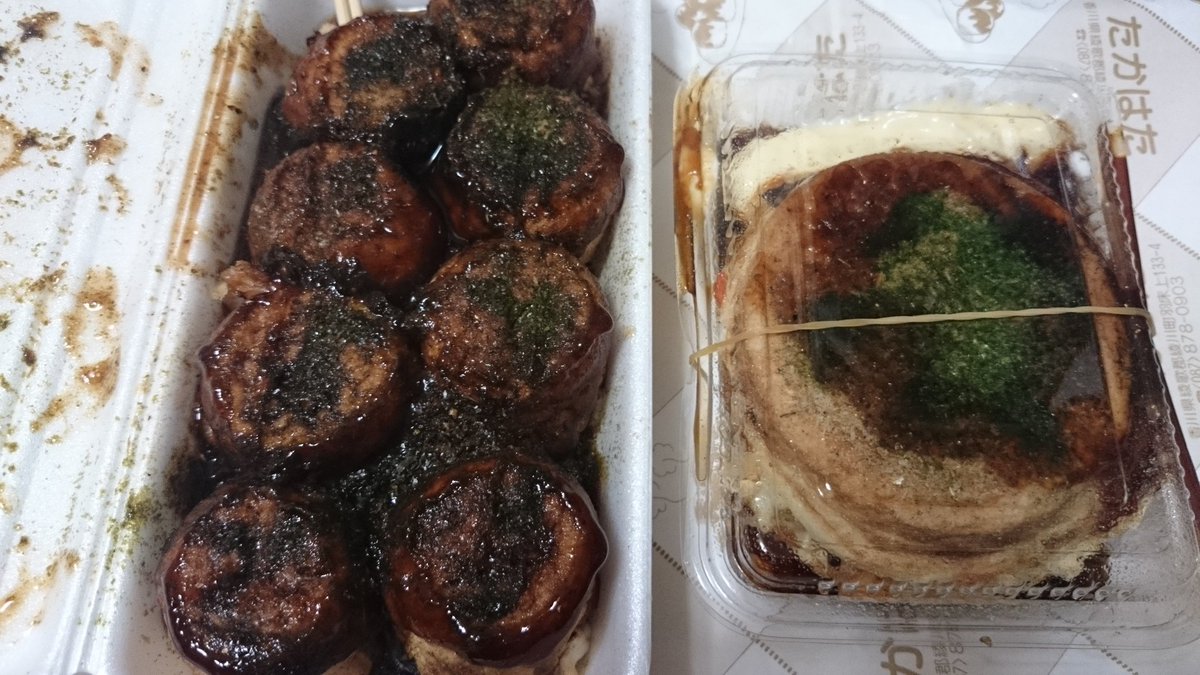 This is regular takoyaki Vs Kagawa Prefecture style takohan. It looks so good!

The following video is in Thai (with English subs!) but shows some really great views of Kagawa Prefecture and features some of the foods we talked about.