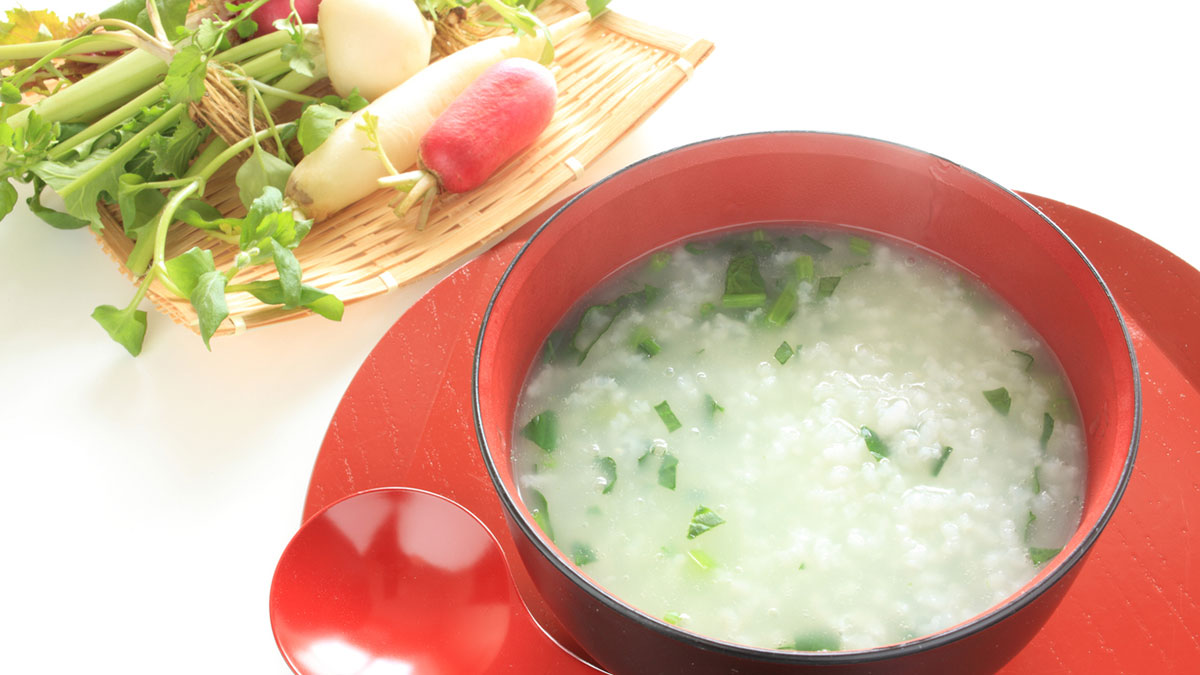 Today, on 7 January, we eat Nanakusa gayu. Nana means seven, kusa shows herbs and gayu is a word for porridge.

This Nanakusa gayu tradition starts from the Edo era and it spread all over Japan. But the actual origin of this custom date to the ancient Chinese era called Tang (618-907). This custom was brought to Japan before Edo era, called Heian era (794-1189), and it connected with the ancient Japanese new year custom called ” waka (on New Year Day) na (herbs) tsumi (nip) ” and has been adopted in Japan from Edo era (1615-1865) and known today as Nanakusa gayu.

Nanakusa gayu, nowadays, has a purpose which is to purge noxious vapours and provide a good state of health over the year, even though there are different ingredients depending on the religion in Japan.

What are the seven herbs for Nanakusa gayu?

There is a very unique way to remember the seven herbs for Nanakusa gayu to use tanka rhythm.

Each ingredient has different a medical virtue such as nutritional enhancement and intestinal function with a lucky charm meanings after the name. Let’s find out 🙂

Nowadays, people don’t sing this song while cutting the ingredients in the same way that we don’t pick the herbs. In Japan, you can find a plastic pack of seven herbs at a grocery super market after 3rd January. We, in Australia, can’t find the packaging of those herbs unfortunately. The best substitute would be white radish.

How to make nanakusa gayu