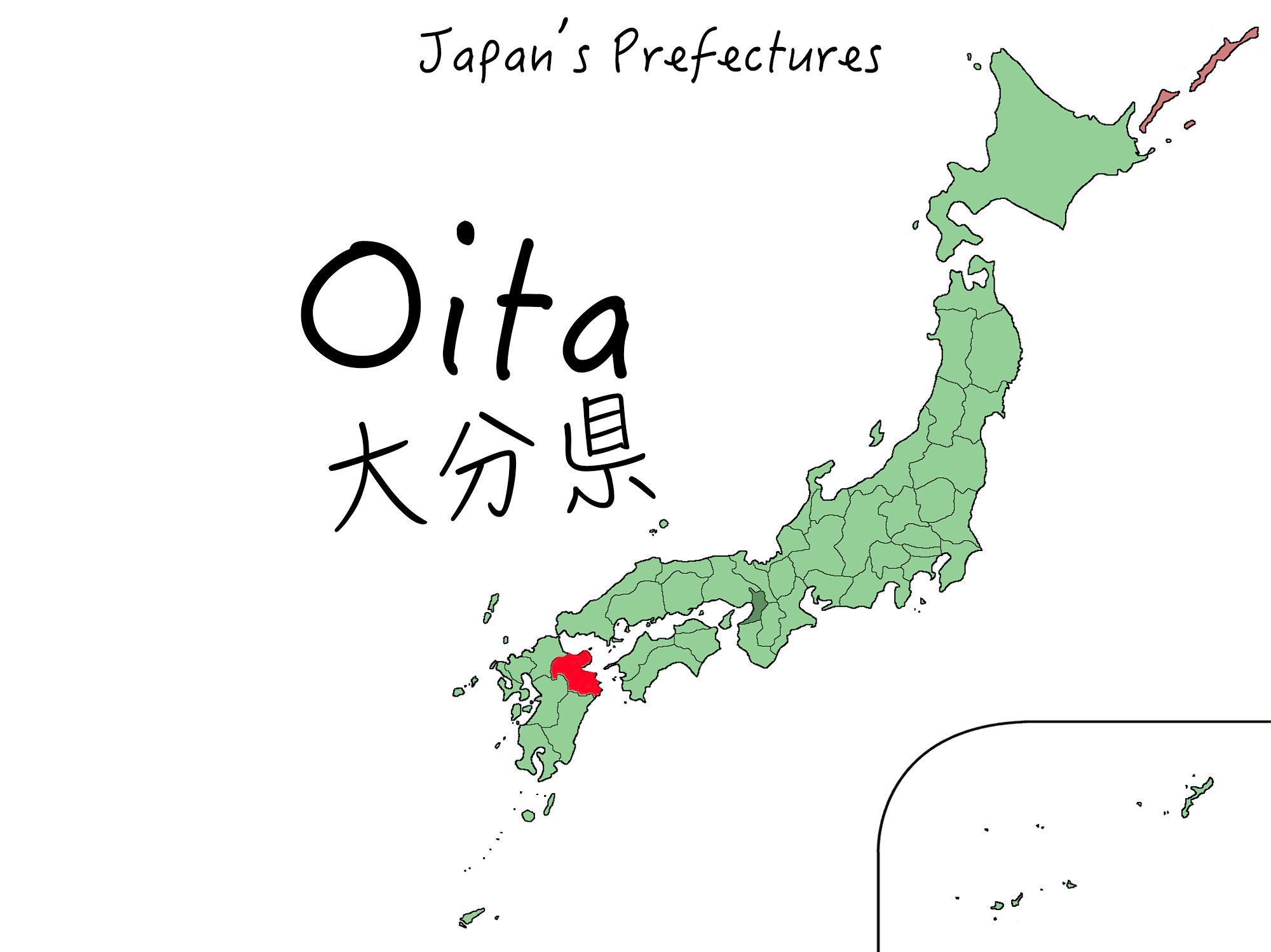 Next up in our Japan series is Oita Prefecture in the south of Japan on Kyushu Island! The south of Japan is known for its subtropical climate and hot springs, and it’s also nicknamed the ‘land of abundance’. Traditionally, there’s a lot of farms and fishermen in Oita. Leeks and green onions as well as fruits like strawberries, pears and a famous type of lime known as kabosu are all grown in Oita. They also have their own type of high quality beef (think Kobe beef), called Bungo.

How to get there

You can get the Sanyo Shinkansen bullet train (about 2.5 hours from Osaka) and then switch to the monorail at Kokura Station. You can also fly to Oita airport, or catch a ferry from Hiroshima. If you’re driving, there are underground tunnels linking Kyushu to the main island.

The region is brimming with onsen and hot springs, so we suggest you stay at a ryokan, a traditional inn. Beppu is a well known spot for tourists to stay in, but you can also stay in Hita, a historical town that was once the capital city of all of Kyushu. They have a Gion festival (similar to the festival in Kyoto) in July every year.

Most important to this blog post is of course the FOOD!

As we said, Beppu is super well known amongst tourists so it’s a good place to start since everything is more foreigner-friendly. The hot springs here are known as jigoku (hells) as the water can get up to 98C. Obviously, you can’t bathe directly in it, but they use the hot water and steam for all sorts of things (including renewable energy) and one of these uses is to steam foods. A dish called jigoku mushi you can steam all kinds of foods almost instantly. In a town called Kannawa you can visit Jigoku Mushi Steam Cooking Centre where you can steam your own foods. It’s right next to the Kannawa bus terminal and easy to find. You can also steam desserts, with custard being a popular choice. 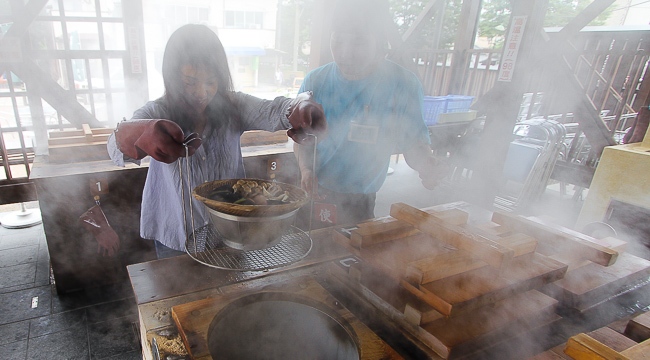 Steaming your own food in Kannawa source

Toriten is chicken fried in tempura batter and served with a soy and vinegar dipping sauce. It’s local to Beppu and you can pretty much find it anywhere.

One of our favourite YouTube Channels made a recipe for toriten that is super easy to follow.

Ramen is ubiquitous across all of Japan, so of course Beppu has its own style called reimen. Unlike most ramen, it’s served cold! It has chewy noodles in a cold broth and has typical toppings.

Oita Prefecture has its own specialty sushi as well. It looks quite distinct from regular sushi, and mostly highlights local fruits and vegetables. The vegetarian focus makes it super healthy, plus fruit sushi sounds pretty interesting! The vegetarian style is called hitan sushi and if you’re looking for the fish type, make sure the ask for saiki sushi. You can get this in Hita source

Oita prefecture has a number of sake and shochu distilleries. One in particular, Mugi Shochu, is well known domestically. The local way to drink sake here is to add some of the local kaboshi lime to add flavour and enhance the smoothness. Another drink that has gained a bit of international attention is Oni Koroshi.

You can also visit the Sapporo Beer Museum! Where do you think we should cover next? Or is there something we’ve missed? We’d love to hear your suggestions for what to cover in our prefecture series!

If you’re loving it so far, sign up to our newsletter to receive updates on when we post the next instalment. See our previous post about Shizuoka here, and Ishikawa here!