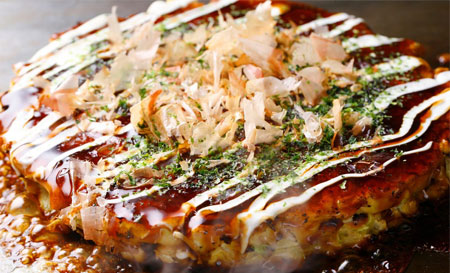 Do you like Okonomiyaki? – Some people have never heard about it. Maybe you’ve heard the English name for it, Japanese savoury pancakes? 🙂

Hiroshima style is where all ingredients are layered rather than mixed together. A circle of the batter is spread on the teppan (hot plate), and then topped with lots of cabbage. Then sliced meat (beef, or even bacon) is placed on top of the cabbage. Then some more batter is squirted on top of the meat. It gets flipped over to cook the other side. Cooked yakisoba noodles are placed on the teppan, then the cabbage cake is placed on top of the noodles. The chef will break an egg onto the hot plate and the whole cabbage and noodle pancake is placed on top. By now it’s flat rather than like a mountain. The okonomiyaki is flipped over again, placing the egg on top, and okonomiyaki sauce is spread on.

Osaka style, on the other hand,  is totally different to Hiroshima style.

For Osaka Okonomiyaki, the differences start with the batter. Made from a type of flour called merikenko , grated yam potato, dashi, eggs and shredded cabbage. Every restaurant has their own signature batter, so it’s always a little different everywhere you go. 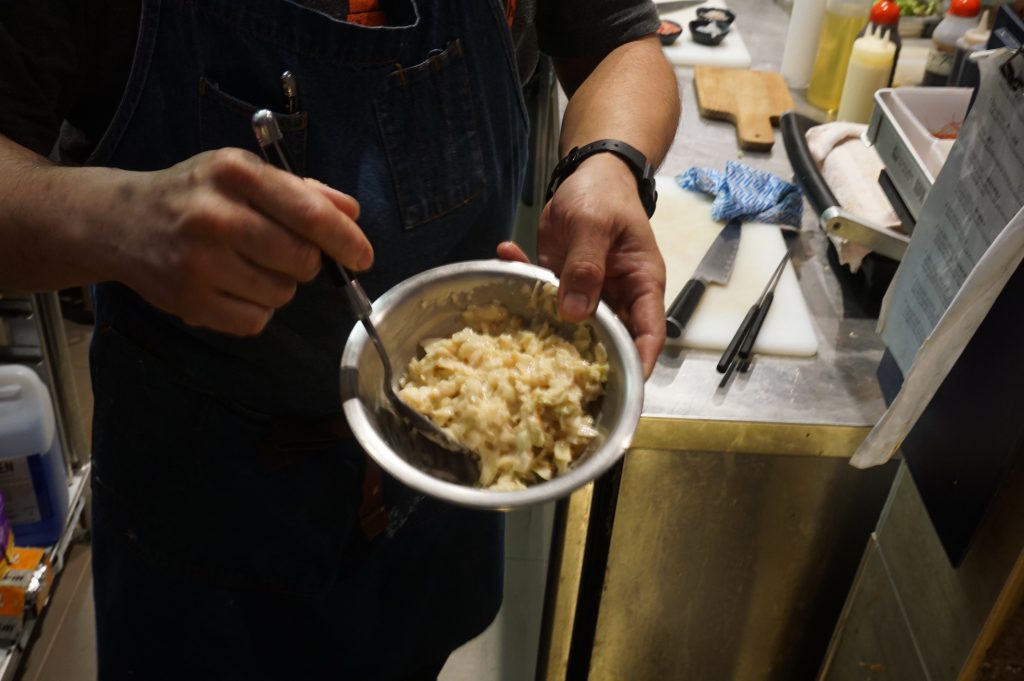 The batter is placed on the teppan, and shaped into a circle. 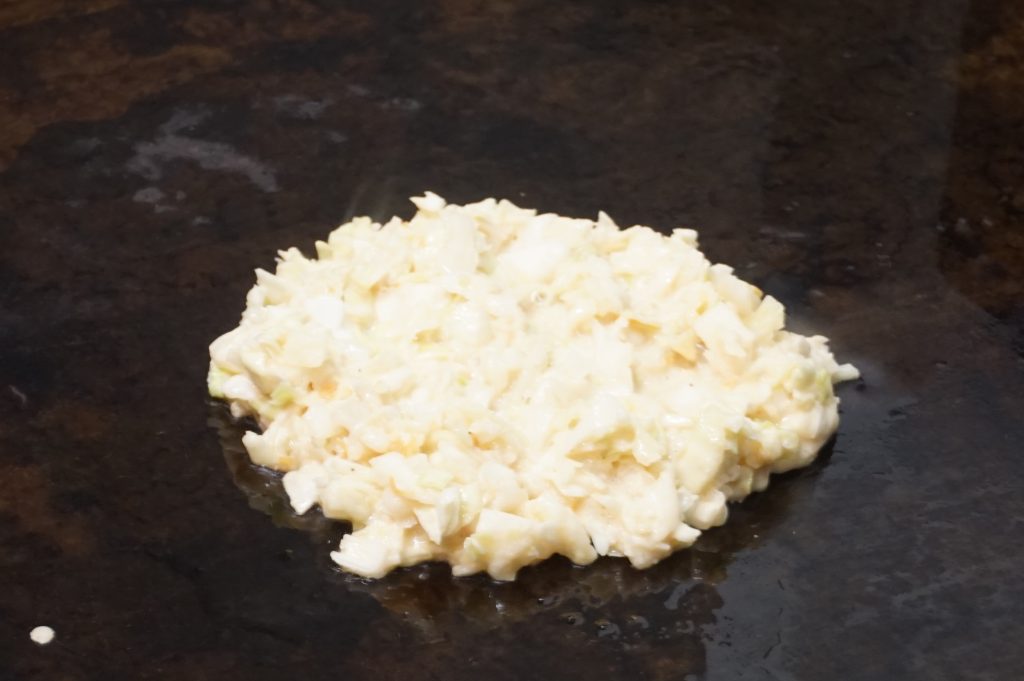 Shrimp, squid and sliced pork are placed on top. 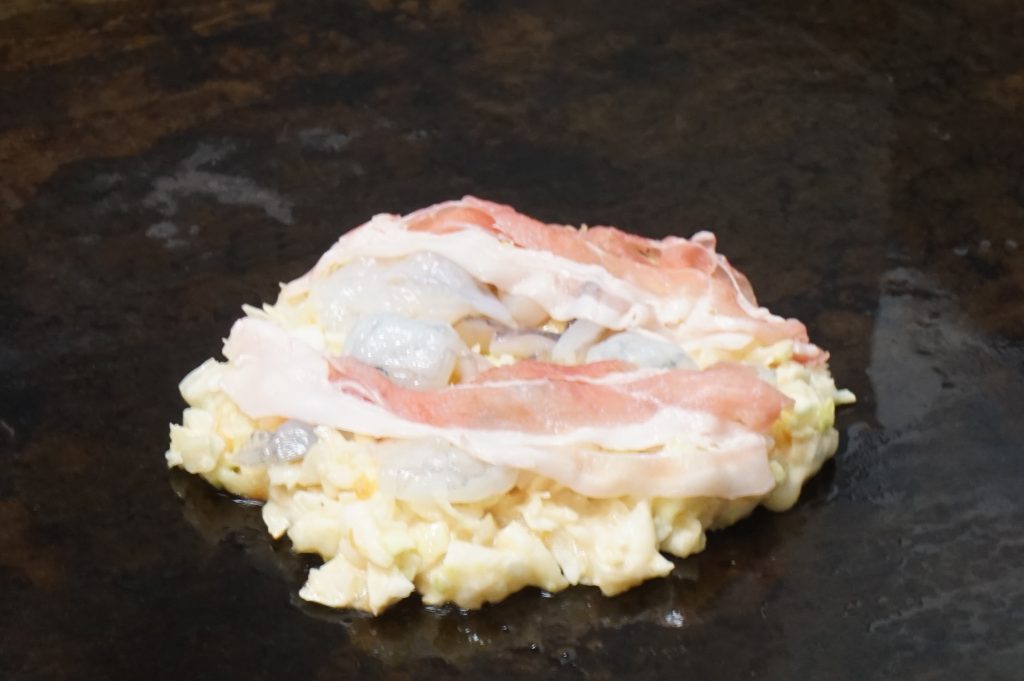 After spending some time cooking on one side, chef Kazu recommended 4 minutes, the okonomiyaki was flipped over! 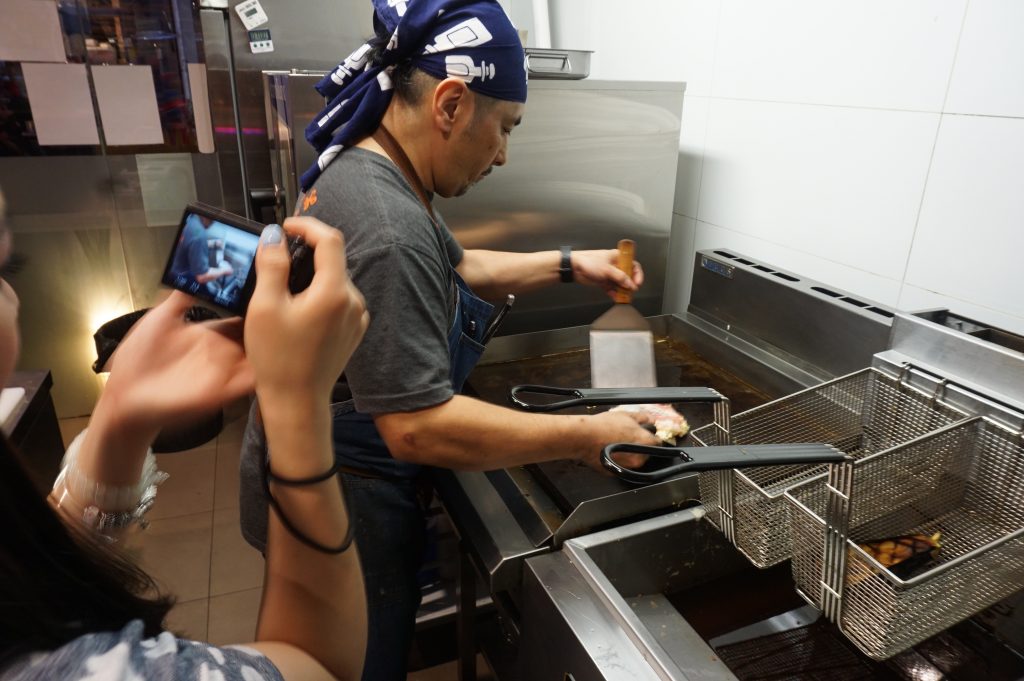 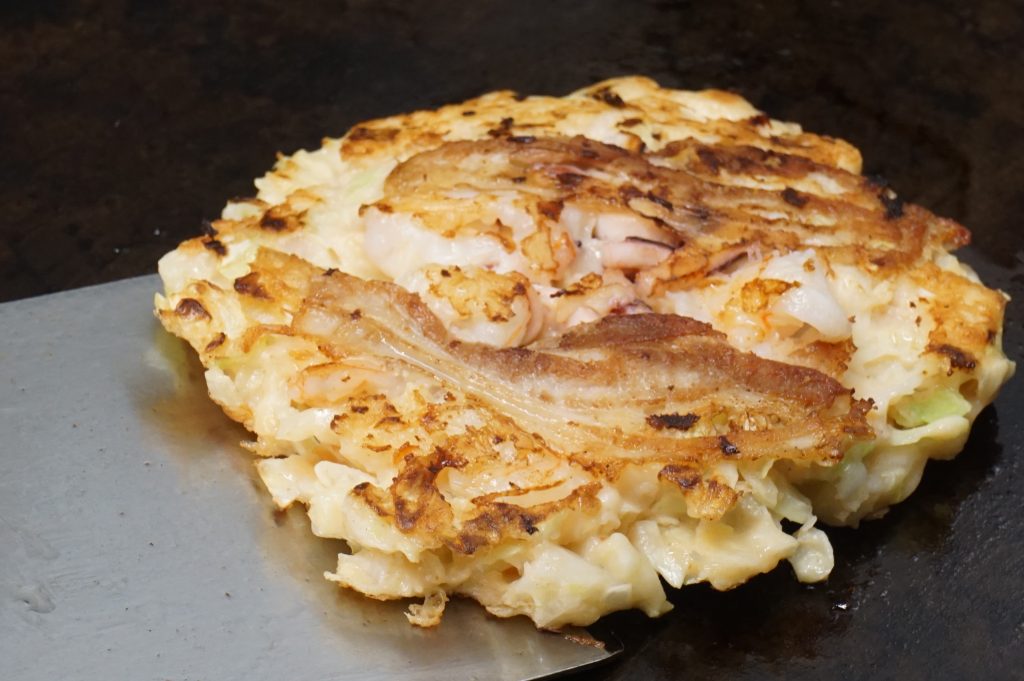 Okonomiyaki sauce was spread over it. 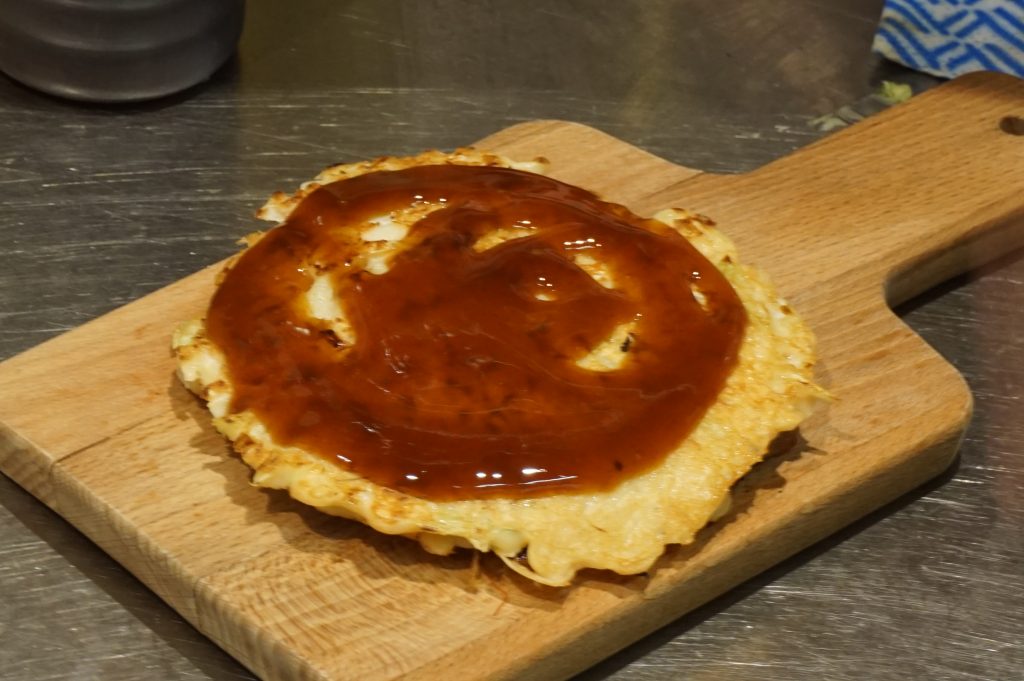 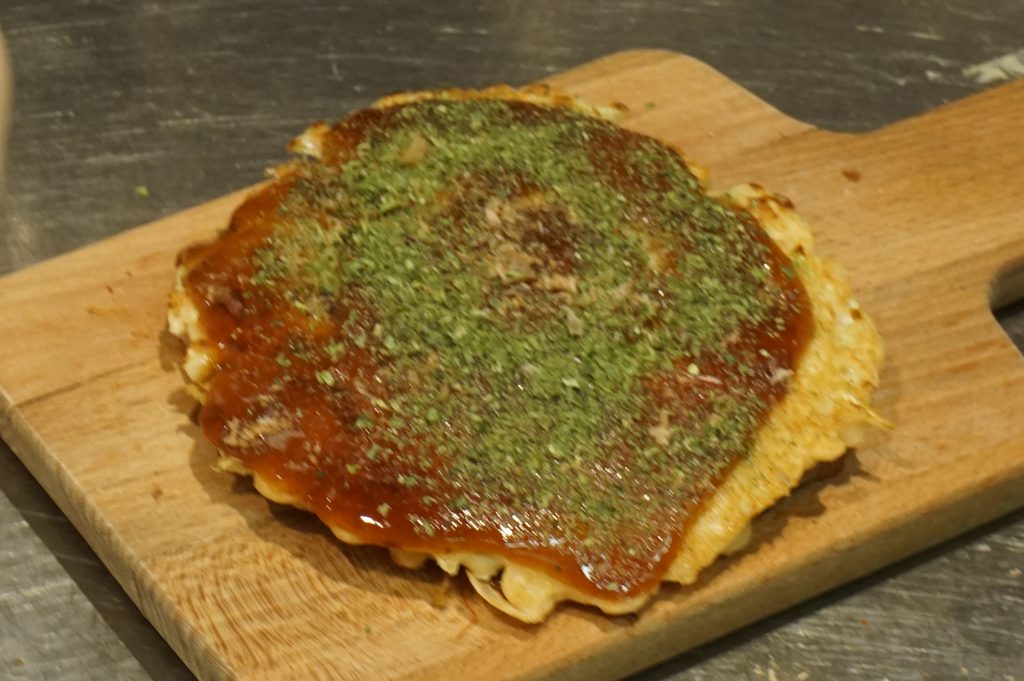 Finally, Japanese mayonnaise was spread over it!!! More!! 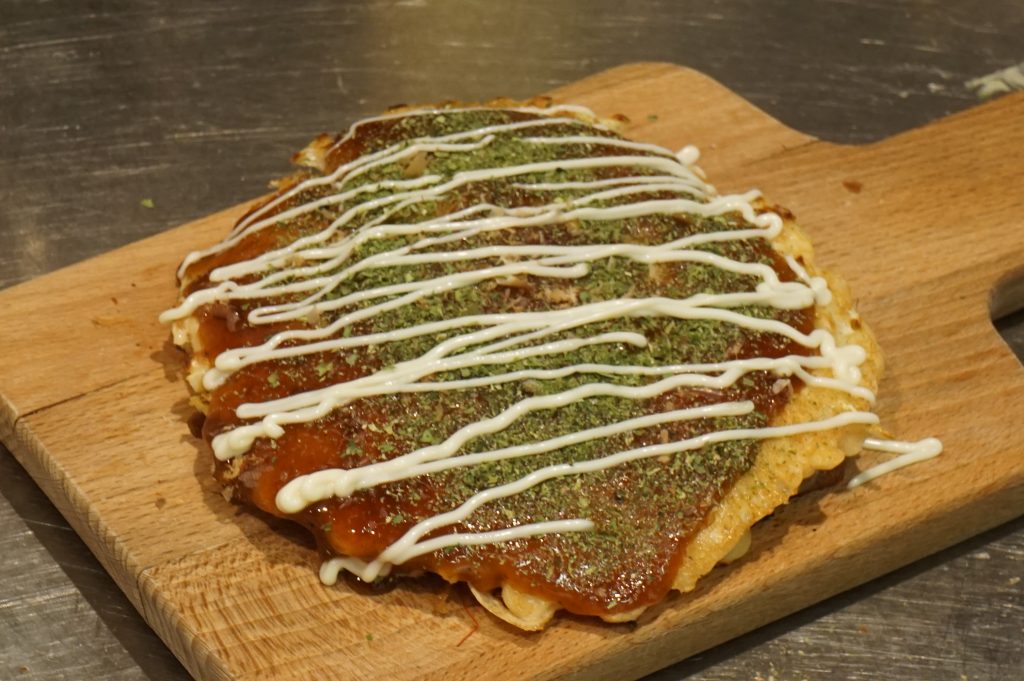 Yum! This mixed Okonomiyaki is ready to eat. Why is this called mixed? Because shrimp, squid and pork are all mixed together. More flavour, of course, means it’s more delicious! You can also get just one type of protein topping if you prefer.

I’ve never seen any Hiroshima style here in Sydney, if I found authentic one, then I will continue this review for it:)