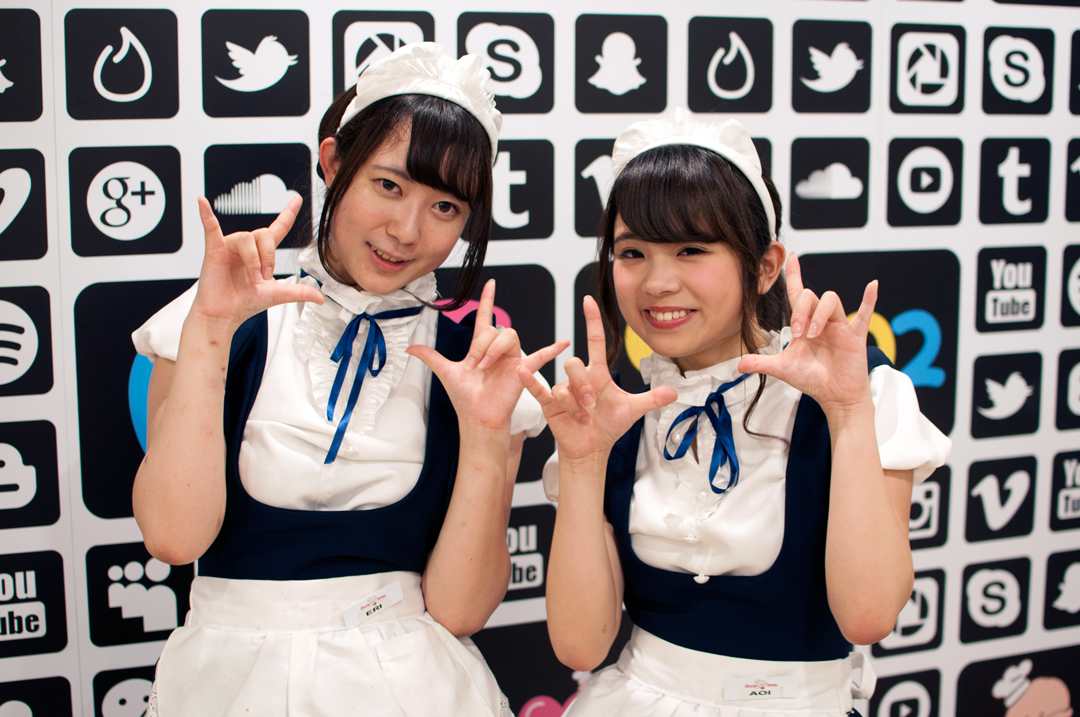 The latest addition to Uncle Tetsu’s Sydney takeover comes in the form of the Angel Garden. Found downstairs from the main store, the Angel Garden gives one hell of a Japanese style cafe experience, complete with maids and JPOP dance performances. The first Uncle Tetsu’s store opened in 2016  and was met with huge fanfare. Lines for the fluffy cheesecake dominated George Street for months after opening. Now there’s a new reason to line up – the new matcha flavour and the Angel Garden. 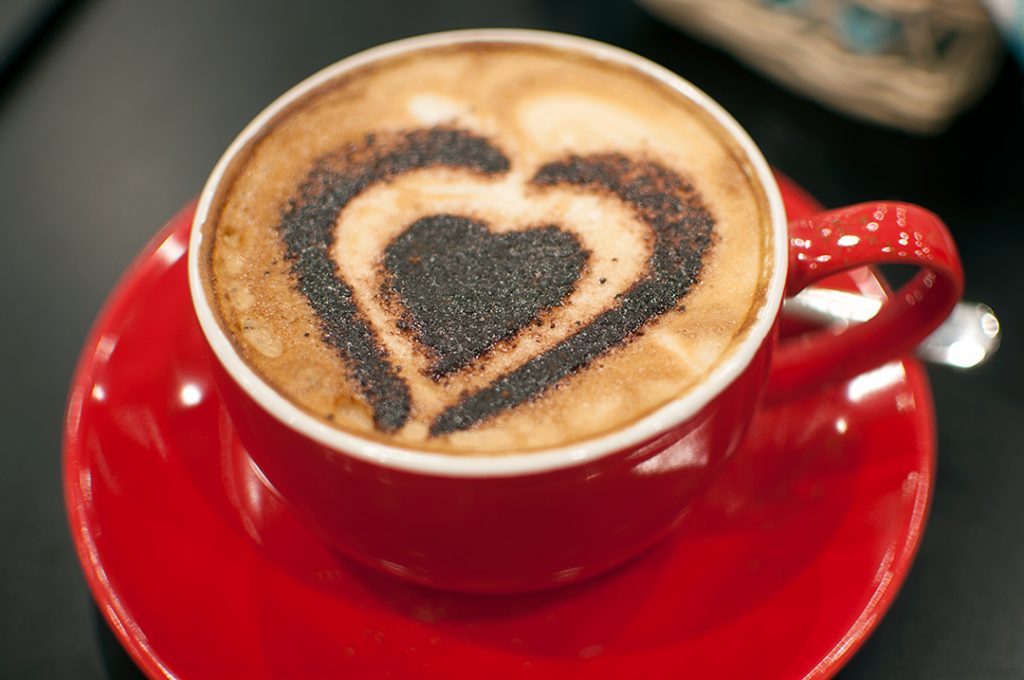 The main store sells the famous cloud like cheesecakes, Madeleines and cheese tarts, while the cafe provides a sit down area, table service, and a cafe style menu. The concept was first trialled in Toronto with the Angel Cafe and was a popular success. For the first time in the world, Uncle Tetsu has added a crepe and galette station where you can get both sweet and savoury dishes, including the Country Style Galette. It’s the current special and comes with cheesy egg, potato, mushroom, and a generous amount of bacon all wrapped up in a crisp galette and drizzled with fresh cream. 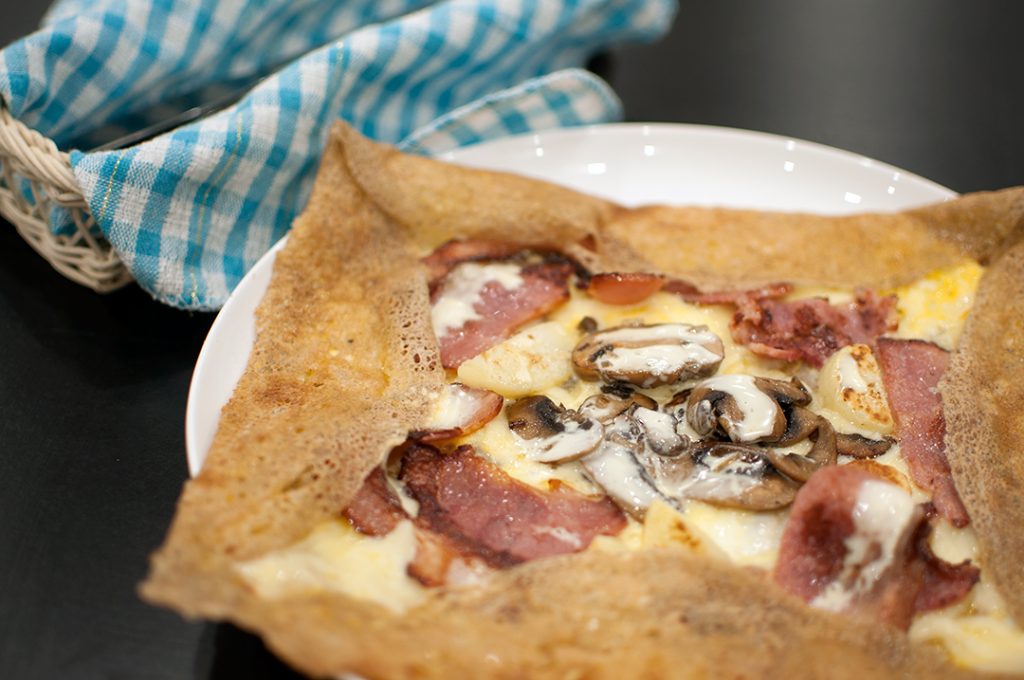 Another Angel Garden exclusive is the Angel Hat cake. Light and fluffy just like the cheesecake, the Angel Hat offers a more western style sweetness and flavour. It comes with whipped cream, berries and a swirl of chocolate sauce. Japanese hospitality, also known as omotenashi is seen throughout the store. An example is the carefully placed sugar flowers in the whipped cream. 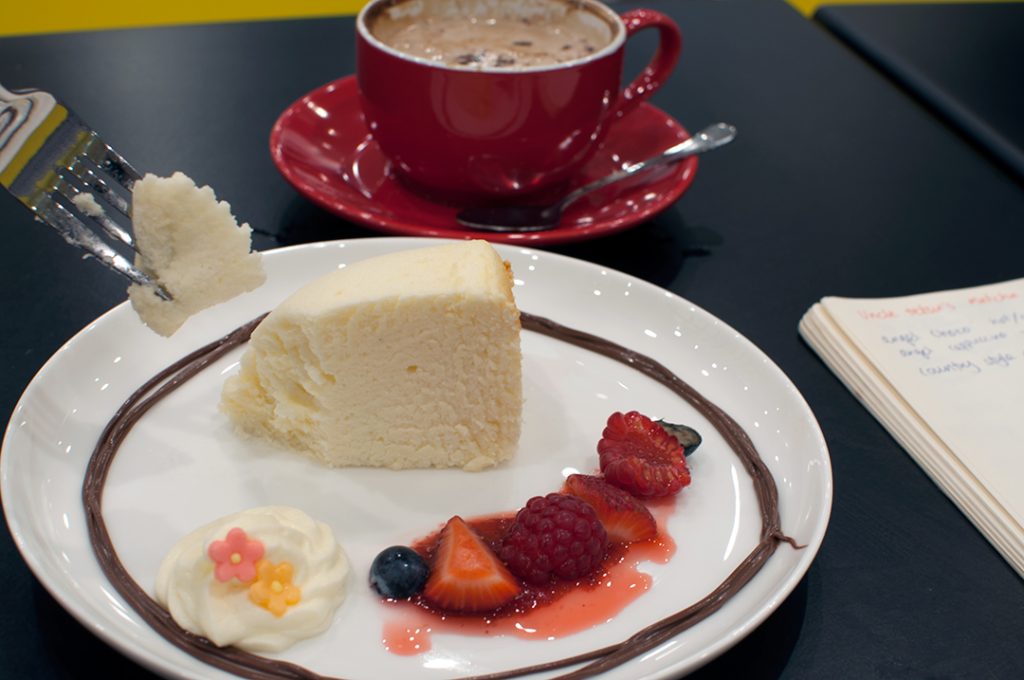 The cafe isn’t just food, there’s also an extensive drinks menu. Highlights include the Angel Cappuccino (available for takeaway!) and the Angel Choco as these drinks come with a special touch. The coffees are decorated by the maids with a heart shaped dusting of cocoa powder, and the Angel Choco (hot or cold, don’t forget to stir before drinking) gets a hand drawn picture in chocolate sauce. These small touches make visiting the Angel Garden an exciting and entertaining experience, and even more impressive is that it’s inclusive for all ages and genders – something rare in Sydney. 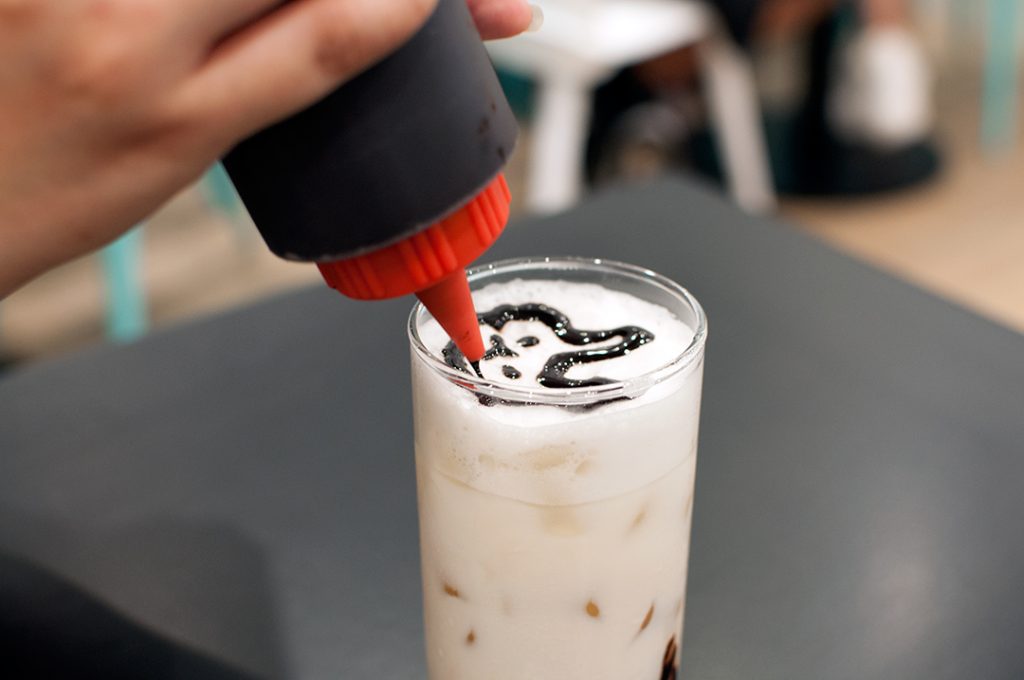 The cheesecakes now come in chocolate, matcha, honey, and original flavours. The matcha is specially sourced and imported from Japan, while the honey is a local Australian variety and the chocolate is brought in from Italy. The cheese tarts are available in original and matcha. The matcha cheese tarts are incredibly rich in flavour with an intense green tea. Madeleines are available in matcha, chocolate, and lemon. All of the cakes are hand made, fresh in store daily. The customised and imported ovens are optimised to pump the cakes out as fast as possible. 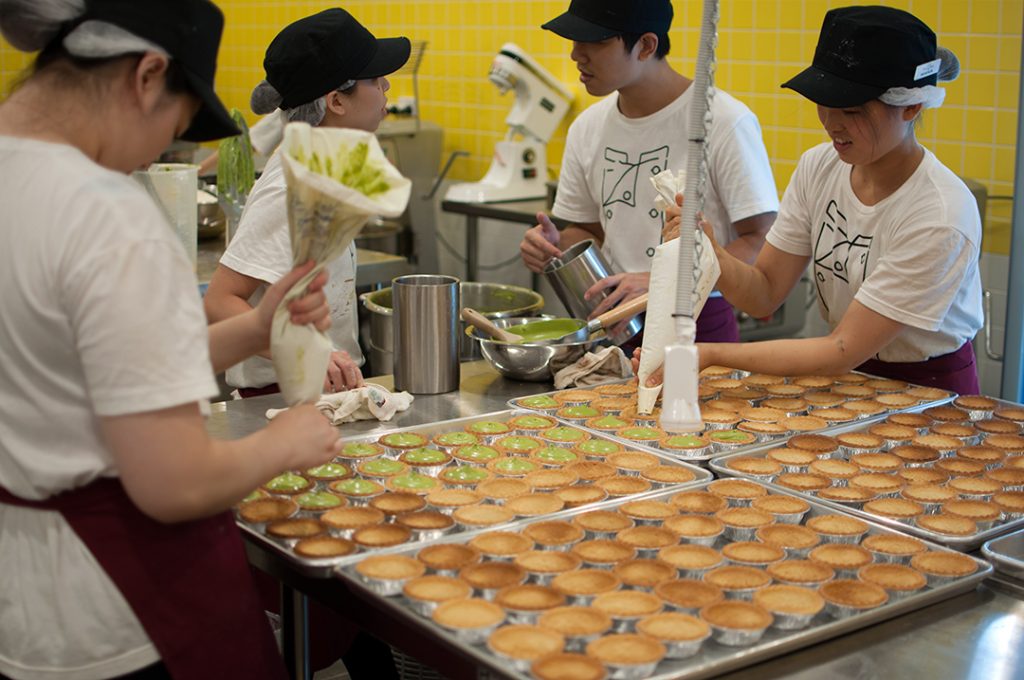 The decor of the cafe is bright and colourful, and if you’re familiar with 2000’s era JPOP you’ll find the playlist hopelessly nostalgic. The upbeat music helps immerse you in the cafe, as the maids in their hand-made uniforms set baskets of carefully wrapped cutlery on your table and teach you how to pop Ramune bottles.

Every Saturday at 9PM, the maids transform into performers, much like anime magical girls. Singing and dancing to idol and anime music, you can’t help but smile and bob along. Their cute MC intermissions include teaching you how to dance along with them, self introductions from the girls, and an explanation of their group name, AGS102. At the end of the show you can grab photos with them, and they’re quickly growing a fan club. The girls, Ao-nyan, Eri-chan, and Yuki-san, are worth going to visit, especially as their performances have recently become free to watch. 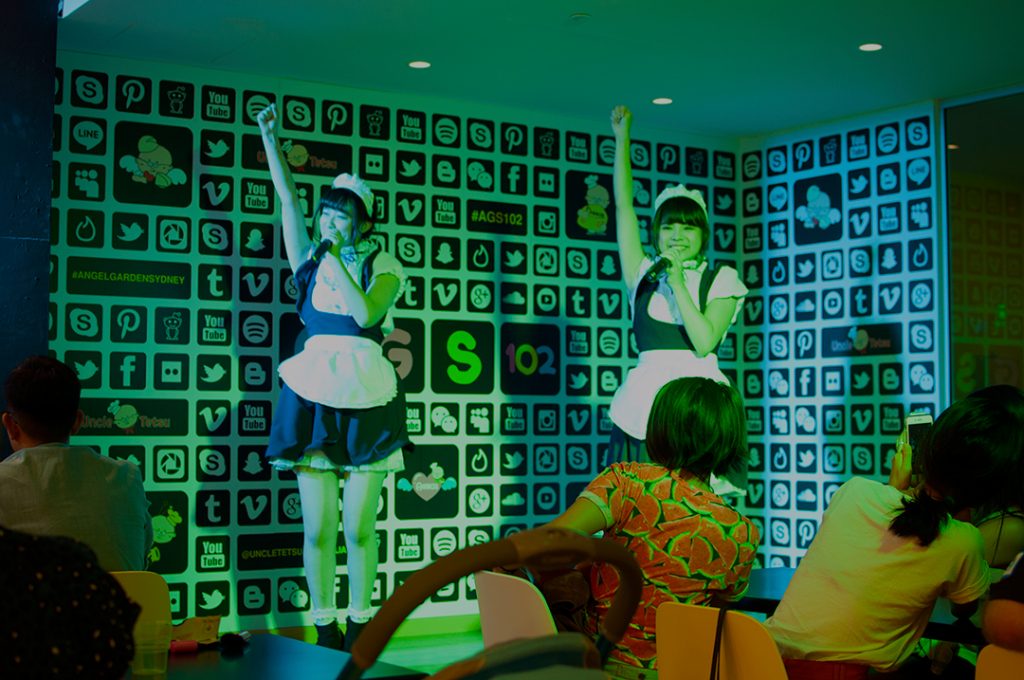 Whether you’re babysitting, on a first date, or need a meeting place, Uncle Tetsu’s Angel Garden is a welcoming and inclusive space where you can easily stay for a few hours at least. You can get all available flavours of cakes and tarts, plus fresh hot food as well.