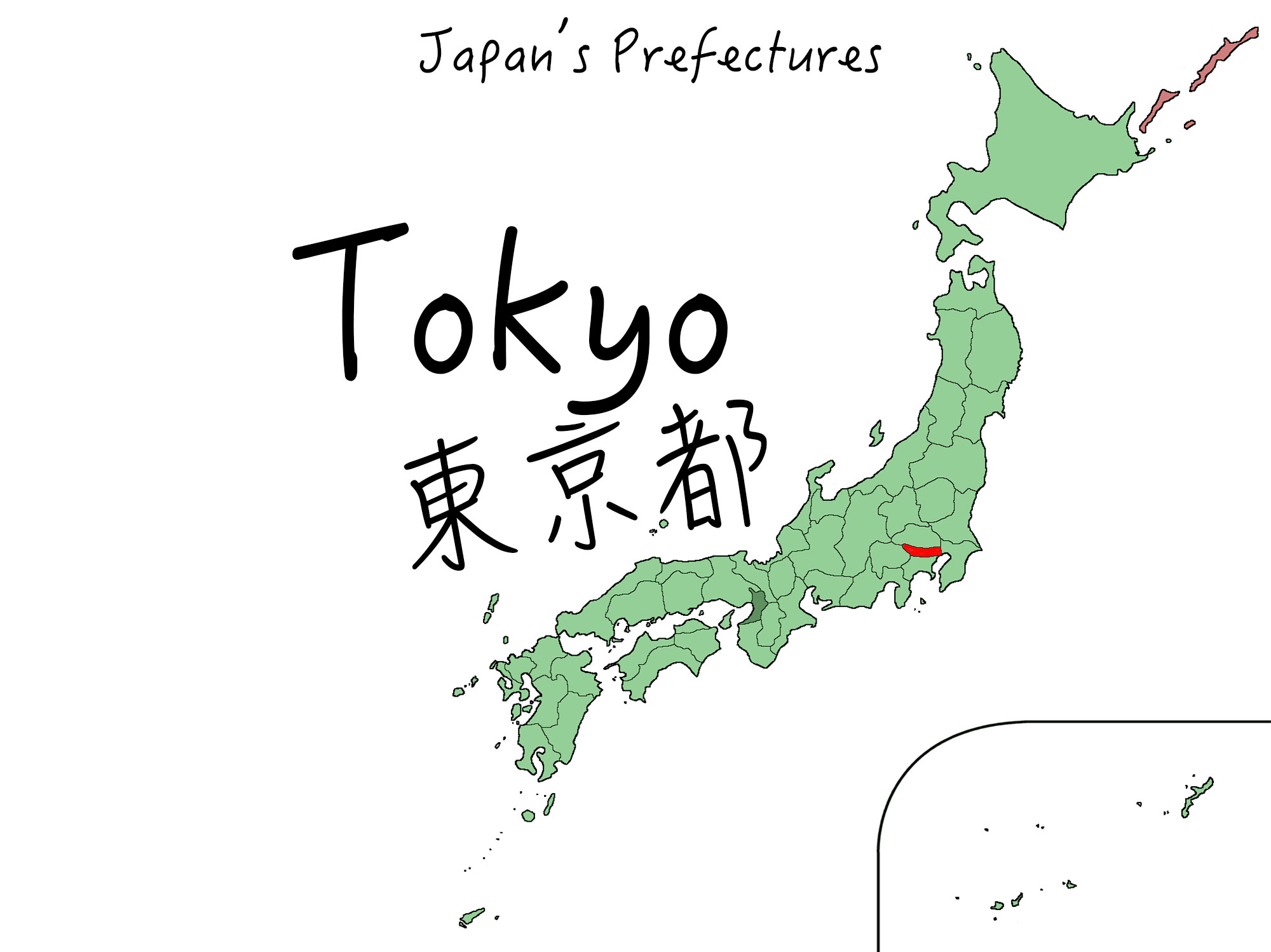 Tokyo City isn’t just the capital city of Japan, it’s also the capital of Tokyo Prefecture! More accurately, it’s Tokyo Metropolis and it’s one of the smaller prefectures in Japan, despite housing over 13 million people. There’s a lot of history in Tokyo (previously called Edo) and as it has been a business centre for hundreds of years, multiple industries have adopted certain suburbs or districts as their own. You can watch Kabuki traditional theatre in Ginza, visit a geisha tea house in Asakusa, visit the Tsukiji fish market for fresh seafood, watch sumo in Sumida, or go to Yasukuni Shrine in Chiyoda (it’s a little controversial as it’s dedicated to war and some people who are convicted war criminals are honoured there, but it also hosts the annual Mitama Festival).

Getting to Tokyo should need no explanation! But some people think that Narita airport is in Tokyo – it’s actually in neighbouring Chiba Prefecture and is 1 hour local train ride away. You can also get buses back to Tokyo. Within Tokyo you’ll have no problem getting around. Yes, the trains can be incredibly confusing but Google Maps now tells you which platform to go to so it’s a little easier if you’re well prepared. There are also plenty of buses to get you to wherever a train can’t. Taxis are expensive so avoid them unless it’s a necessity!

It’s a light and refreshing variety of ramen, and a few years ago it was the hottest in ramen trends. There are some major ramen shops in Tokyo that are worth checking out – like Jiro Ramen – but you’re equally as likely to just walk into a random alleyway and find the greatest ramen of your life. Unless you’re a hardcore fan with a mission, you can pretty much go anywhere and get good ramen.

We all know (and love) okonomiyaki which comes in Hiroshima style and Osaka style and to a much lesser extent, Tokyo style. But what you’ll find in Tokyo okonomiyaki stores that you won’t find in Hiroshima or Osaka is monjayaki! It’s a much more watery version of the dish, still made with most cabbage and toppings of your choice, but it’s a little more difficult to cook and eat yourself.

As you can see the shop assistant do in the video, it’s important to fry the vegetables a bit first, then make a well with your veggies to pour the thin batter into and slowly make the well bigger until all the batter fits in. Finally, allow the batter to cook before mixing everything together!

We mentioned a little earlier that Tokyo Prefecture used to be called Edo, and that’s where the name of this dish comes from. The style of sushi is directly influenced by the technology available to fishmongers at the time – namely that they didn’t have any refrigeration ability. To keep the fish from spoiling, different seafoods were simmered in broth or marinated in soy sauce for a few hours to retain the raw texture while the salt prevented it from spoiling quickly.

Before Edomae style sushi, “sushi” didn’t really exist – only sashimi, which is just plain fish with no rice. Sushi rice has vinegar in it, which also helps prevent the fish from spoiling, and now is super common!

Eaten in Winter, this Tokyo Prefecture specialty is a pure white variety of soba noodles. It’s considered to be the highest standard variety of soba, is handmade at shops that specialise in it, and is dipped into a hot soup to eat it.

There isn’t much information available in English about these noodles, but if you can find a restaurant that serves them it’s a must-eat menu item! 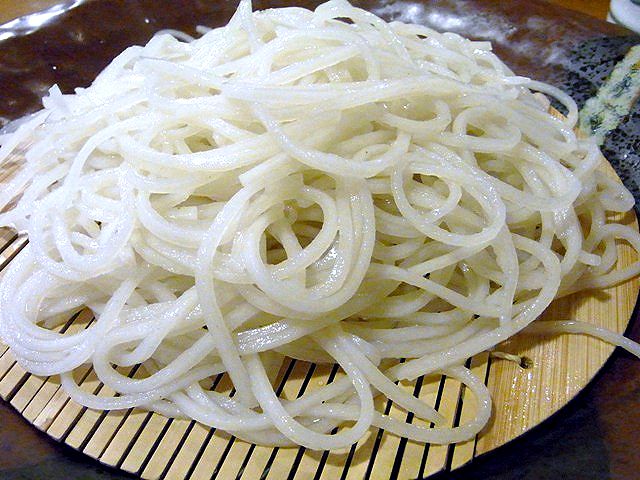 There are WAY more foods than just this in Tokyo – it’s one of the few places in Japan that you can get other prefectures’ local foods – but there are just a few of the foods that have their origins in Tokyo Prefecture!