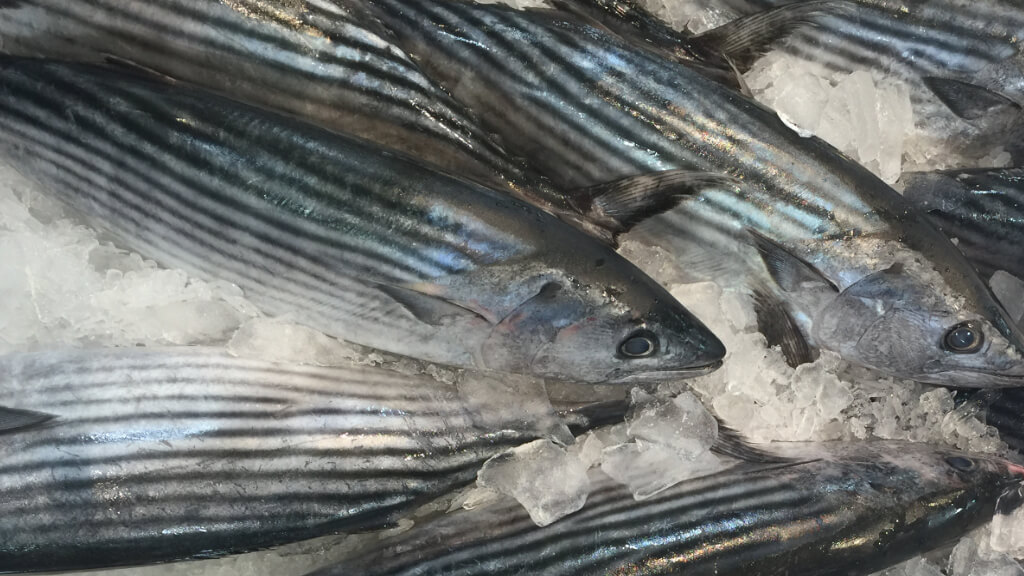 Available year round, with peaks from March to June, and Leaping bonito is mainly available in spring.

Japanese bonito (katsuo) has two seasons. From spring to summer, the first bonito on the market is called ‘hatsugatsuo’. It is very fresh and great to eat as sashimi.
In autumn ‘modorigatsuo’, which means returning katsuo, are caught. These fish swim a lot during summer then come back, which means they are more fatty and good to eat as tataki (seared).

We were not allowed to eat bonito as sashimi during the Edo era, because bonito is a delicate fish, the meat is very soft and it easily loses its freshness. But we wanted to eat bonito as fresh as possible, so people in Kochi prefecture, called Tosa, created the dish called tataki. Tataki is not grilled on the inside, it just has a seared surface, it's still fresh but looked like grilled fish so the Japanese government encouraged people to eat it this way.